Meatless On The Menu 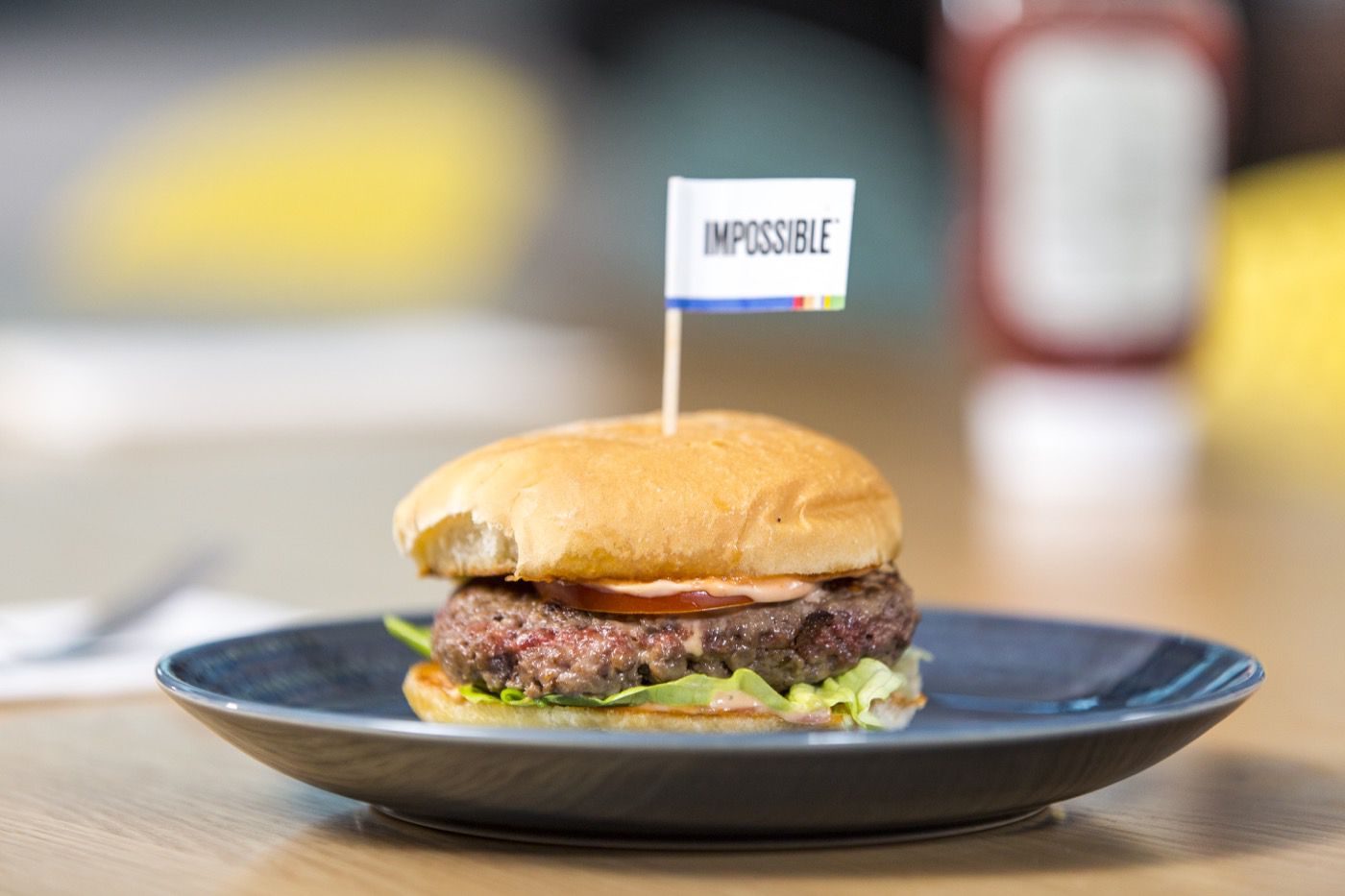 It’s June, which means Men’s health month and grilling season! Before you slap those hot dogs, burgers and steaks on the grill, chew on this. Regular consumption of red and processed meat such as brats, sausage and burgers are linked with cardiovascular disease, prostate and colon cancer as well as other cancers of the GI tract. If we’ve just ruined your barbeque, what about trying the new plant-based burgers?

Plant-based burgers such as Beyond Meat (Beyond Burger) and Impossible Burger are gaining popularity as consumers recognize the health and environmental impact of red meat consumption. The original plant-based meat substitute was started by Beyond Meat (a Los Angeles company) in 2009, though the product was not commercially available until 2013. The Beyond burger started selling in grocery stores In May, 2016 in the meat section and is meant to look, feel and taste like a real burger. Impossible Burgers got their start in 2011 through the ingenuity of Patrick O’Reilly Brown, a biochemistry professor emeritus at Stanford University. Impossible Burger was recently under scrutiny due to consumer concerns about the safety of heme, an essential nutrient found in protein, including soy. Heme is what makes the burger appear to “bleed”, which appeals to consumers that enjoy the experience of a burger without the consequences. The FDA has ruled that the chemical is safe.

But what are they exactly?

Unlike the original veggie burgers made of pressed soy, mushrooms and other vegetables, the new plant-based burgers are giving these (and regular beef) a run for their money. These new non-meat burgers vary a bit in ingredients. For example, Beyond burgers are made up of pea protein isolate, canola and coconut oil, yeast extract and various seasonings, while the Impossible burger originally used textured potato and wheat protein but now incorporates soy protein concentrate with coconut oil and other ingredients. Beets are used in Beyond Burgers to copy the “bloodiness” you’d see in a regular burger. Coconut oil is used to mimic the saturated fat normally found in beef, but the new Impossible burger has replaced some of the coconut oil with soybean oil to reduce it. In addition, the change from textured wheat to soy protein was in response to consumer demand for a gluten-free patty according to Dr. Sue Klapholz, VP of nutrition and health at Impossible Foods.

How do they stack up nutritionally?

Similar to a ground beef patty, the plant-based burgers provide roughly 20 grams of protein in a 4 oz. patty with less saturated fat and less methane gas production. The plant-based burgers also match the iron and B vitamin content of beef burgers. But don’t count on the calories being much lower. Both the Impossible burger and Beyond burger provide between 240-270 calories while a traditional 80/20 burger gives you about 285 calories. The sodium content is also higher in the plant-based burgers compared to a regular patty (380 mg VS 75 mg). If you’re counting carbs, the Impossible burger will give you 9 grams per serving, Beyond Burgers provides 5 grams and conventional burgers have zero. The Impossible Burger is lower in fat than the Beyond Burger (14 grams versus 20 grams) and are obviously, cholesterol free. A regular 80/20 beef burger provides 22 grams of fat, though lower fat varieties are certainly available.

Where can I find them?

Both varieties of plant-based burgers are moving beyond the grocery store and may be found in over 200 fast food and sit-down restaurants such as White Castle, Burger King, TJ Fridays and Applebees. Selection of burgers may vary. Local restaurants have also responded to the demand and may carry these plant-based based burgers. In addition, consumers can purchase either burger online at Amazon.com. But, of course!

Be prepared for the cost folks. These plant-based innovations come with a price. A 2-pack of Impossible burgers will run you $7.99 in most grocery stores. Amazon sells a pack of 40 for $140.72. Beyond burgers cost about the same.

So, if you or your clients are looking for a meatless alternative for beef this summer, give the plant-based burgers a try. Your heart, GI tract and the planet may thank you.